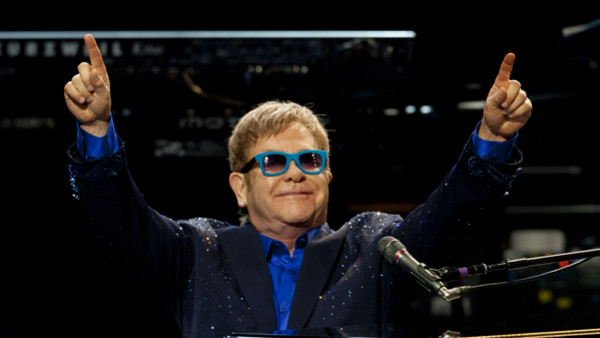 Elton John is undoubtedly one of the most famous rockstars in the world. In fact, his celebrity status is so broad and all-encompassing that it threatens to obscure his true talent. Rock fame almost eclipses current rock music.

Before the ’80s rolled around and John apparently buried half of his talent under a cocaine blizzard, he was the beating piano, the dynamo-kicking stool behind some of the best songs in the classic rock pantheon.

Last year’s Rocketman biopic felt like a conscious effort to eliminate temper tantrums and tiaras and restore Elton’s artistic legacy. The cinematic tributes are all great, but if you really want to appreciate Elton John (and his songwriter partner Bernie Taupin), you better go back to basics.

Plus, while some of Elton’s defining hits are the great ballads, he’s arguably even better when he decides he’s going to really stand out. Dust off your air piano and get ready to hammer out these ten rock classics from Elton John.

Captain Fantastic and The Brown Dirt Cowboy is an album in which Elton (The Captain) and Bernie (The Cowboy) look back on the early days of their careers, before success called them.

Even alongside brilliant and acclaimed tracks like Someone Saved My Life Tonight, Bitter Fingers is the album’s catchiest number and one of its most memorable. That’s pretty much the time the couple spent producing commissioned songs for other acts, while Elton struggled to find success as a performer.

The song turns the listener on the wrong foot with soft, thoughtful verses before the chorus kicks off with shrill drums and a squealing double-track electric guitar.

“It’s hard to write a song with bitter fingers,” John tells us, but those same titular fingers prove they can definitely hammer a piano.