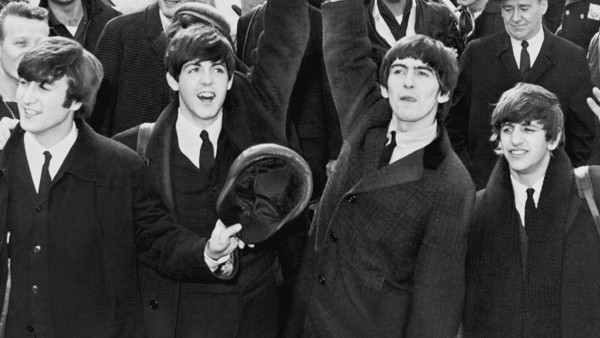 The Beatles were amazing in everything. It sounds hyperbolic, but the more you listen, the more true it sounds. From the dizzying sugar pop of She Loves You to the lysergic chills of Stawberry Fields Forever, they could do it all.

Ballads soaked in strings, folk finger-picking, music hall pastiche … with Tomorrow Never Knows, you could say that the Beatles provided the model for the Chemical Brothers to exist! The Beatles didn’t do hip-hop, but if they had, it would probably be the best hip-hop in the world.

Like any great group, The Beatles took their influences and forged them into something exciting and new. Yet despite all their quests, their experiments pushing the limits, underneath it all was a great little rock band. They were an unrivaled rock’n’roll group forged in the fires of the Hamburg Reeperbahn.

They didn’t have the sleazy Rolling Stones or the bombast of the Who guitar, but the Fab Four were more than capable of typing a classic rock track.

Thanks to careful management of their heritage and thrifty licensing of their catalog, you won’t find many Beatles tracks on classic rock compilations. However, you can bet that the people posting these compositions have reached out. These are the leads they will have requested.

Like A Day In The Life, this overlooked gem of Let It Be brings together parts of unfinished songs, written separately by John and Paul, to create a classic track. The way Paul’s upbeat hymn to his new love is tempered by Lennon’s cynical “everyone’s had a rough year” is yet another example of them bringing out the best in each other. .

While A Day In The Life was a psychedelic masterpiece, I’ve Got A Feeling was a more direct hard rock track with a brave guitar and warm piano. The song is also notable for Paul’s booming lead vocals.

Inspired in part by Paul’s recent interest in Canned Heat, the song almost seems to foreshadow the ’70s sound of Faces and others. Even on the album where they tried to return to their rock and roll roots, the Beatles couldn’t help but point to the future.