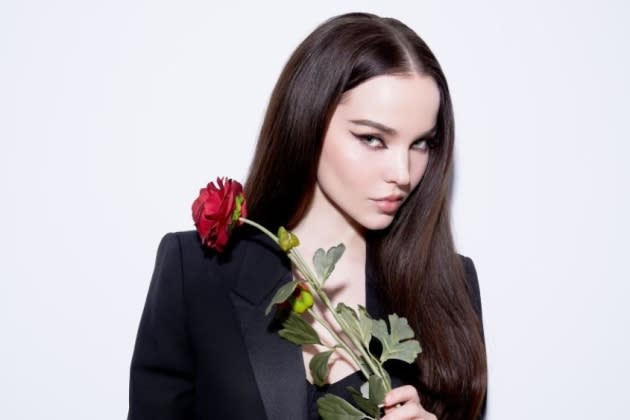 The 26-year-old singer-actress – who won a Daytime Emmy Award for her dual roles as the eponymous characters in the Disney Channel series ‘Liv and Maddie’ – recently released her follow-up single and video, ‘Breakfast’.

“Dove is a brilliant songwriter – her creative authenticity has not only led to chart success, it has allowed her to become an important voice representing the LGBTQ+ community,” said Thomas Krottinger, VP of Creative at Sony Music Publishing. . “We are delighted to welcome Dove to SMP, and we look forward to supporting her in this next chapter.”

Cameron added, “I am thrilled to join the Sony Music Publishing family where they continue to grow and support me as an artist and songwriter. With this partnership, I look forward to providing my fans with music that can become the soundtrack of their lives.

+ Island Records announced the promotion of Erica M.Paul to the Senior Vice President, Head of Digital Marketing. Based in New York, Paul will continue to oversee the label’s digital marketing.

“Erica is a seasoned industry veteran who has paved the way for the evolution of the world of digital marketing,” said label general manager Mike Alexander. “His knowledge of the global landscape brings a unique strategy to each artist campaign.”

Prior to his promotion, Paul was Vice President and Head of Digital for Island. She previously worked in the international department of Universal Music Group’s three East Coast label groups (as of 2019): Island, Def Jam and Republic Records. There she was responsible for supporting digital marketing campaigns through advertising, content strategy and creative.

+ Director of Veteran Music PR Heidi Anne-Noel joined BMF has as vice president of music advertising and will work alongside executive vice president Cara Wodnicki. She joins Pandora/SiriusXM where she oversaw music communications strategy and outreach. Previously, she held executive positions at independent advertising company Press Here (where she worked with Dove Cameron, I’m With Her and Jax, among others) and Capitol Records, where she became Vice President and instrumental in the rise of Katy Perry. She began her career at independent PR firm Girlie Action, working with Good Charlotte, Bjork and others.

“We are delighted to welcome Heidi to BMF,” said Wodnicki. His undeniable track record of designing and executing successful campaigns for talent, executives and events, as well as his extensive experience in music advertising and music PR, will make she is an incredible asset to our growing music advertising division.

In 2017 Davis joined Luke Combs’ team as a guitar tech and continued to write songs and travel the road with the camp. Most recently, Davis was credited as co-writer on Luke Combs’ single, “The Kind Of Love We Make.”

Tom Luteran, VP of Creative at Sony, said: “Jamie has an innate ability to channel his years of frontman experience into carefully crafted songs that resonate with music lovers everywhere. There’s no limit to the success Jamie will find in Nashville.

Krefman joins Wasserman after six years at Pitchfork (Condé Nast) where he was executive director of festivals and activations working on deals with brands like Pandora, Goose Island, Sonos, MailChimp, Vans and others.

Horbal brings his list of clients with him to Wasserman Music, including artists Alex G, Beach Bunny, Cavetown, Chloe Moriondo, Indigo De Souza, Jeff Rosenstock, Michelle, Penelope Scott, Pinegrove and the Walters. His early years included working as a multi-instrumentalist for the indie band The World is a Beautiful Place & I Am No Longer Afraid to Die, with whom he toured for two years.

The best of variety

Inside the Affordable Art Fair, where artists pose as dealers and paintings fly off the walls

4 tips to help you keep your Thanksgiving leftovers safe